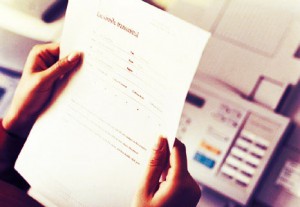 J2 Global Communications, a company known mainly for internet fax services, has often been associated with pushing the boundaries of what is usually acceptable in the online market. However, now their business practices have recently begun to gain more attention and may have the potential to pull down Google’s reputation as well. In order to create an illusion of choice for potential consumers, J2 Global has operated under numerous names, including SmartFax.com, Fax.com, RapidFax.com, eFax.com, MyFax.com, and MetroFax.com. As a result, they effectively manage to control around 90% of the internet fax market. The company screens everything as if it was actually separate companies and then sets varying prices as it sees suitable.

Google becomes involved by the amount of internet traffic that is brought to J2’s websites based on their search engine. Whenever someone searches for “online faxing” via Google, most of the results that they are provided with come from J2 companies and websites. Technically, these practices are prohibited by Google AdWords ‘double serving policy’ which states that multiple ads that are provided by accounts owned by the same corporate entity are not allowed when they are caused by the same keyword. Simply searching “online faxing” reveals that this policy is obviously in violation.

Although most people wouldn’t consider this to be a huge issue, the fact of the matter is that Google has built most of its reputation on providing reliable search results; and they did this long before they started releasing innovative technology and products. It is not directly obvious if Google is aware of the practices being used by J2 Global Communications or if they have yet to realize that the majority of their results are provided by companies providing the illusion of choice. However, most would agree that Google has a responsibility to focus on allowing a fair market to its users.